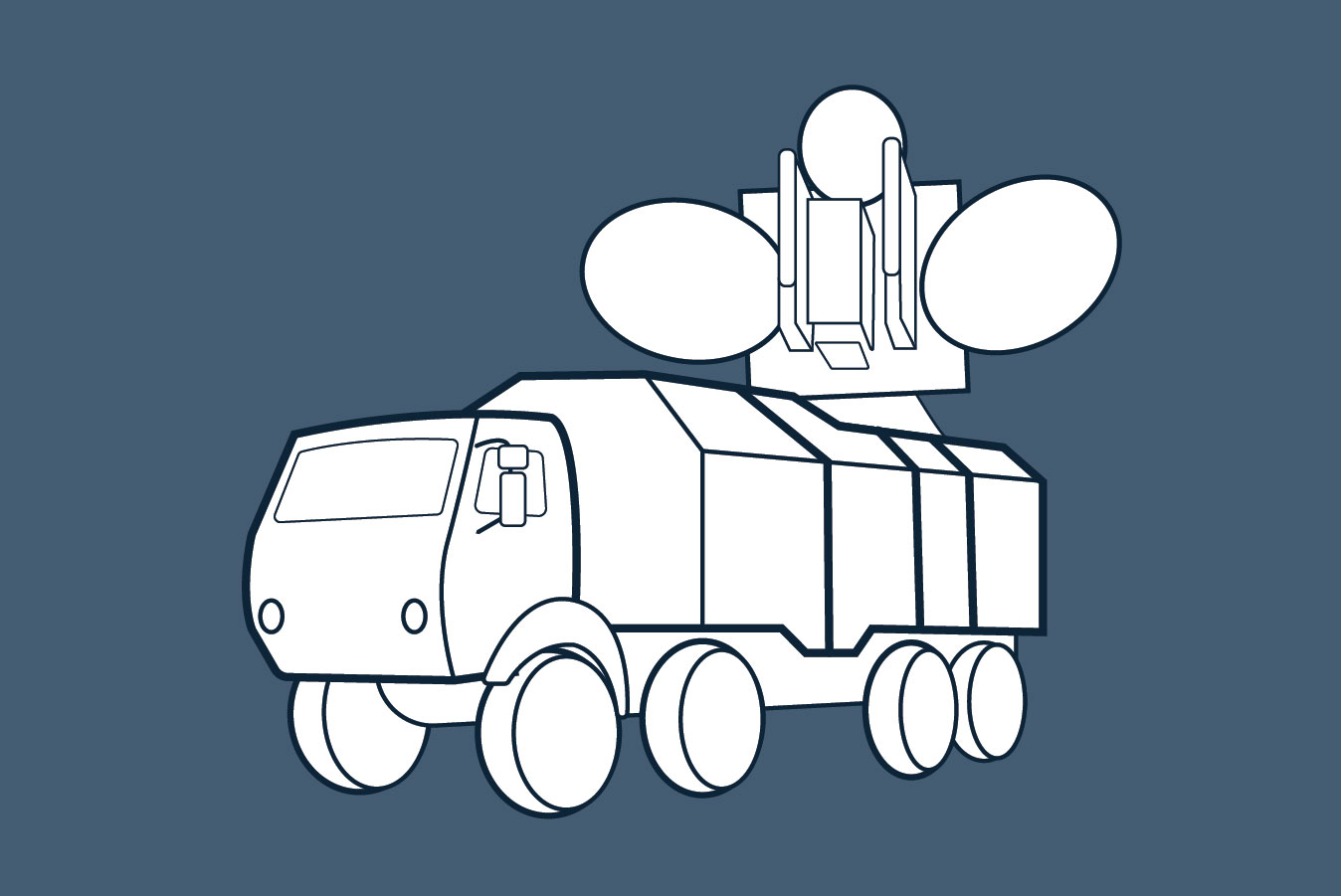 Satellite jamming is a form of electronic anti-satellite (ASAT) attack that interferes with communications traveling to and from a satellite by emitting noise of the same radio frequency (RF) within the field of view of the satellite’s antennas.1 Considered a growing threat by the U.S. intelligence community, jamming equipment operates across multiple domains.

All space capabilities are made up of a ground segment and a space segment, as well as the communication, or link, that ties them together. Satellite jammers threaten adversary capabilities via the communication segment and can be used from the ground, ocean surface, or air. In contrast to kinetic physical counterspace weapons, such as direct-ascent ASAT missiles, or non-kinetic physical weapons, such as lasers or high-powered microwaves (HPM), jamming does not physically damage satellites. It is an entirely reversible form of attack because once the jamming signal is turned off, adversary communications are restored.2

There are two main types of satellite jamming. The first, uplink jamming, interferes with the signal going from a ground station or user terminal to the satellite. An RF signal of the same frequency as the targeted uplink signal is transmitted to the satellite, aiming to limit the satellite transponder from differentiating between the jamming signal and the actual signal.3 The second type, downlink jamming, disrupts transmissions sent from the satellite to ground-based or airborne receivers using RF signals that mimic the frequency of the downlink signal. It aims to inhibit ground users from receiving transmissions from the satellite and only needs to be as strong as the signal being received on the ground.4 Uplink jamming is considered more difficult because greater transmitter power is required to reach a given satellite’s transponders. It could be more impactful, however, due to its ability to degrade the satellite’s signal for all its users.5 Because downlink jammers must be within the field of view of the receiving terminal’s antenna, however, the effects of downlink jamming are more localized.

Jamming technology tends to be commercially available and relatively inexpensive. Satellite jamming systems are easy for states and non-state actors to develop given the relative low cost of their procurement and operation. There is a low threshold of technological competency required to perform jamming, and the technology is available to a plethora of actors across the globe. For example, interference with satellite signals has emanated from Indonesia, Cuba, Ethiopia, Libya, and Syria, among others.6 Furthermore, simple terrestrial jamming systems are cheap and commercially available, despite being illegal under both U.S. FCC laws and rules of the International Telecommunications Union.7 Recent improvements in such commercial jammers include reductions in size from jammers about the size of a Frisbee to those the size of a hockey puck.8 As a consequence, there are few downsides to developing jamming capabilities.

Jamming can also occur accidentally: in 2015, U.S. military officials noted they were unintentionally jamming satellite communications an average of 23 times per month.9 Purposeful jamming can be difficult to differentiate from accidental interference, making attribution more challenging. According to General John Hyten, then-commander of the Air Force Space Command, U.S. military personnel lack “awareness of what our own forces are doing in the spectrum, let alone of what an adversary might do.”10

Pavel Velkovsky was a member of the Nuclear Policy Working Group from 2017 to 2018. He graduated from U.C. Berkeley in 2018 with a Bachelor of Arts in Political Science and a Bachelor of Arts in French. His academic interests include comparative politics, international relations, and nuclear science policy. Pavel currently works at the law firm Sanford Heisler Sharp in Nashville, Tennessee.